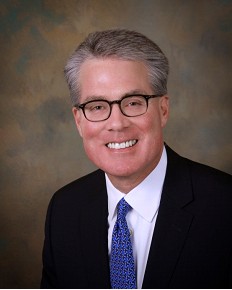 and president of Picture It Settled®, a software company that develops predictive analytics for negotiation based upon deep data from thousands of litigated cases.

After litigating commercial cases, forging business deals and case resolutions as general counsel and president of technology companies, and mediating hundreds of individual and collective cases in a wide variety of substantive areas, Don observed that the rhythm of the negotiation dance was predictable. So he collected data on thousands of cases from lawyers, companies, mediators, and other sources. Studying the patterns in two dimensions (money and time), he developed Picture It Settled®.

Using neural networks, predictive modeling, and genetic algorithms, Don, with considerable assistance from scientists at Southwest Research Institute®, isolated trends across groups of similar negotiations and trends that develop within particular negotiations. Now Picture It Settled® web-based software and its mobile app help negotiators optimize their concession strategies and predict where a round will end.

Don was one of three Texas mediators listed in the inaugural edition of The International Who’s Who of Commercial Mediation (2011; one of five Texas mediators in the 2012 edition), was recognized as the 2011 Outstanding Lawyer in Mediation by the San Antonio Business Journal, and is repeatedly listed in: The Best Lawyers in America, Texas Super Lawyers, The Best Lawyers in San Antonio, and the U.S. News and Best Lawyers “Best Law Firm” survey. He is an elected fellow of the International Academy of Mediators and the American Academy of Civil Trial Mediators.

Stay up to date

On Saturday morning, I presented a session on recommended mobile apps along with Dallas attorney Tom Mighell (the author of many books including ...

Settlement Apps Picture It Settled (free). Most cases never make it to trial, of course. If you are trying to reach a settlement but unable to ...

Settlement negotiations are never fun. The back and forth and countless rounds of negotiations can cause the process to be drawn-out and ...

Picture It Settled (free). Most cases never make it to trial of course. If you are trying to reach a settlement but are unable to come to terms, ...

As a mediator, Don Philbin wanted a way to eliminate the guesswork from settlement negotiations. He developed Picture It Settled, a Web and ...

Corporate Counsel: Speeding Up Settlement With a Predictive App

Associate general counsel Mary Brennan Stitch credited a piece of software with helping her company settle a case by predicting the outcome of various ...